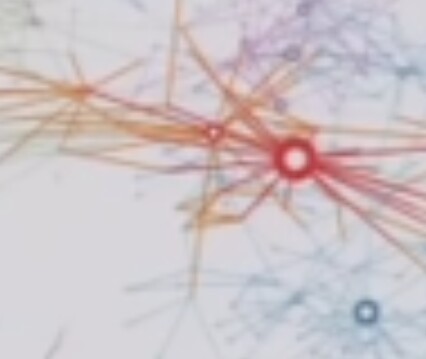 The phrase “six degrees of separation” began as a poetic idea, then it was developed in mathematics by Paul Erdös.  Stanley Milgram’s classic 1960s experiment, called “the small world experiment” demonstrated it in the real world.  (this is explained nicely in a video, in the popular Veritasium youtube channel )

There really are only 5 handshakes between everyone on the planet, and this number is probably going down thanks to new technologies. How can it be that this degree of connectedness can exist at the scale of the whole human race?

Most of us have a large number of connections in the local clusters we belong to… in our families, neighbourhoods, and workplaces.  The key figures in making our world so connected are the so-called “bridge nodes“. These are the individuals with connections that cross over from one cluster to a completely different one. As language teachers, we are all connectors from one language cluster to another.

It seems to me that LSP teachers ought to become especially adept at developing these special long links between clusters that don’t usually meet – for example… Anna the teacher of English for Chemical Engineers in Germany probably should try to develop contacts with chemical engineers all around the world, as well as teachers of other foreign languages for Chemical engineers, or of English for other kinds of engineering in Germany, and of course the wider LSP community in places like linguacop.