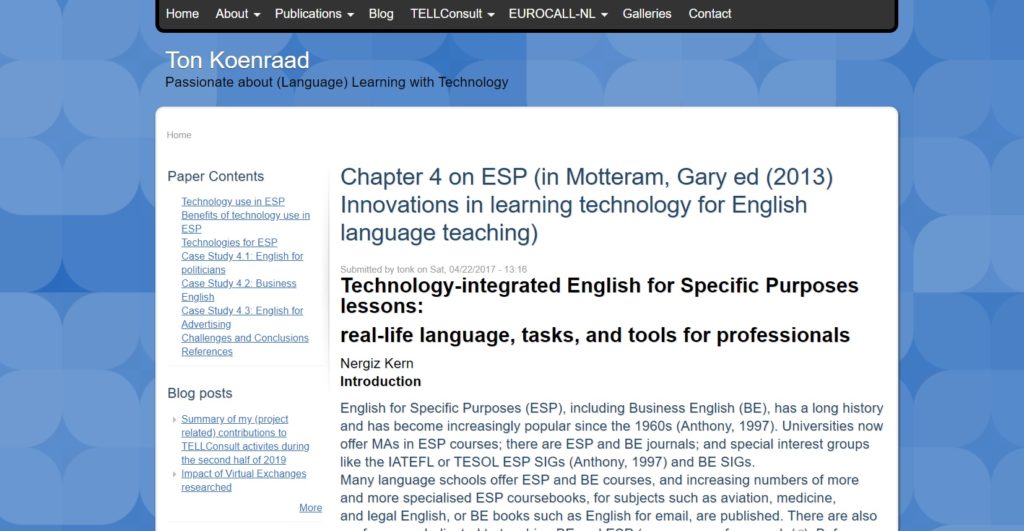 At the end of the CATAPULT project, a sustainability plan was drawn...

From The latest issue of Language Learning & TechnologyVolume 25...